What you need to know

If you’ve heard of the R&D tax incentive, you might know that it’s one of the main sources of startup funding in Australia and an important revenue source for some of our biggest industries.

That’s why the Federal Government’s proposed changes to it are causing a lot of concern.

The latest? If you submit an R&D tax incentive (RDTI) claim and the proposed legislation is passed later this year, you might have to pay some of it back. We’re working through this possibility with our startup and fast-growing SME clients to make sure they’re ready for whatever happens.

Here are the details so you can be too.

The R&D tax incentive can provide up to 43.5% of your development costs back as a cash refund through the tax process. It can apply to many different businesses from software startups to engineering, as long as you meet the eligibility requirements.

Since it can be accessed every year, it’s a big source of funding not just for startups in Australia but for established businesses in many industries too, like medicine, science, technology and higher education.

The changes at a glance

The Federal Government has been trying to pass reforms to the R&D tax incentive for several years, citing an estimated $1.8 billion cost saving.

Proposed reforms didn’t make it through the Senate last year so the government tabled a second version of the changes in December 2019.

The main proposed changes causing the most concern are:

The latest from a Senate committee hearing about the reforms held this week (29 June 2020) is that companies might have to pay back some of their R&D tax refunds if the legislation is passed after the claims have been submitted. The committee is due to review the reforms on 7 August 2020, so any change to legislation will be after that.

How much will the pay back be?

It’s not certain that the proposed reforms will go through. But if they do, there’s the possibility that companies will need to pay some of their R&D tax refund from the 2019-20 financial year back to the ATO.

We’re working through this with our clients at the moment, so that any who claim the full R&D tax refund of 43.5% understand how much they would need to pay back if the changes went through to bring the ceiling down to 41%.

By doing calculations both ways, at least you know what to allow for.

Don’t be put off

It’s disappointing – to say the least – that the government is still considering these changes in light of the current economic climate.

Furthermore, that it doesn’t appear to have listened to submissions from industry, which is almost unanimously against reducing the R&D tax incentive support.

Instead, the government seems focused only on making changes to reduce their costs. If this holds, then we would really like to see as much certainty about the changes as possible.

Startups are an innovative bunch and will do whatever it takes to get through. But we’ve seen what the impact of uncertain government policies, such as JobKeeper, can have on founders and businesses. So no matter what, the government needs to be clear about any changes and provide certainty so we can all move forward.

Meanwhile, don’t let the current uncertainty and speculation put you off. The R&D tax incentive is still a vital funding stream, and even if you have to plan a contingency of paying a relatively small proportion of it back, it’s well worth tapping into.

Uncertainty has been hanging over the R&D tax incentive for years. But we, and many others, have continued to submit claims for clients and secure them much-needed financial support.

He’s abysmal on social media. But he has climbed Base Camp and helped set up Aussie Angels so we’d say that’s more than okay! Here’s our new CFO for Startups, Thomas Worden. 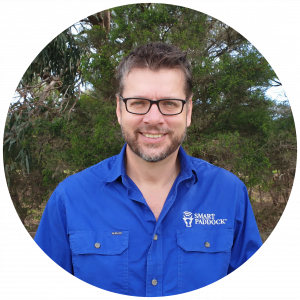 From a prototype at Beef Week to closing a seed funding round, Darren Wolchyn’s founder story is about staying the course. Here’s his story so far, as all the hard work starts to pay off.

Our first Founders and Funders Dinner (and what we talked about)

A wrap up of our first Founders and Funders Dinner. With all the news about economic uncertainty, we reckon it’s especially worthwhile reading right now.

Share this ArticleLike this article? Email it to a friend!
Email sent!