WORK180 and why it matters to us (personally)

Earlier this year, Standard Ledger became a WORK180 endorsed employer. Here are three stories from our team that explain why it matters to us.

First up though, a quick intro on WORK180. It’s an organisation committed to raising workplace standards for all women by setting (and reviewing) standards and keeping endorsed employers accountable to them.

Sounds good, right? For us, there was also another reason WORK180 felt a good fit – it was originally an Australian startup like us, founded by two women who saw a problem and set out to solve it. Backed by Startmate and several venture capital firms, WORK180 is going global with its mission.

That’s something we wholeheartedly support and here are three personal reasons why.

About 20 years ago, I had a lightbulb moment while sitting in an Adelaide function room.

I was listening to Bill Gates speak about his foundation’s work to help women and girls in less fortunate countries. I know it sounds a bit cliched, but it was like a switch flicked inside me. It sparked my purpose to dedicate some of my life to doing the same. Since then, having kids has fuelled that spark to leave the world a better place.

At the time, I wasn’t sure exactly what that would look like. As I’ve built Standard Ledger with Mike Budnow and the team over the last six years, I’ve tried to support female founders where possible by mentoring and running free workshops for organisations like One Roof and SBE Australia.

My inclination is to help where I can but I’ve realised that’s not enough because women don’t just (or don’t even) need help. They need change – at a system level – and that benefits everyone.

That’s where WORK180 comes in, as a starting point. It’s important to practise what we preach and make our own business more attractive to women. We believe in gender equality and understand the value of diversity, so we’re committed to the WORK180 journey to achieve that. And we’re also planning other initiatives in the future, which I’m excited about too.

In my 20s, I had conversations with female friends about feminism. To us, it felt done. All wrapped up. Surely we were equal now and didn’t need to keep banging on about it?

In my 30s, I started trying to have kids. My first pregnancy coincided with being tapped for a promotion so I found myself in that common first-trimester quandary. Should I tell my employer I was in the early stages of pregnancy? What if it jeopardised the opportunity? Surely not.

I’ll never forget the look on my boss’s face when I told him. “It’s fine,” he stalled, rearranging his annoyance into a poker face. “Thank you for telling me.”

A few weeks later, when I took two days off work for a miscarriage that ended in emergency, a tiny part of me was glad I didn’t have to lie about why I was away. Over the next fortnight, while I privately grappled with the after shocks of miscarriage, he announced the role would be a ‘contest’ between me and another (male) team member.

It took me a while to realise that sort of rigid system was what kept the corridors of power exactly that – corridors. Narrow hallways to a world of narrow leadership.

In my 40s, I’m happy to talk about feminism… and work with enlightened (and WORK180 endorsed) organisations.

For my generation, university wasn’t encouraged – you married young, had kids and your husband was the main breadwinner. That meant I wanted to work around life and the kids, as my main focus.

When I started working for Standard Ledger, I was reviewing bookkeeping for the team and then I became the first Practice Manager, which was a huge learning curve for me. It was fantastic and I had the opportunity to grow into the role and make it my own.

But it became busier and I’m a grandmother so I wanted to cut back my hours to be there for my kids and grandkids. I thought that would be it but then Remco opened up the ATO Liaison role for me and that’s recently grown to help out with R&D and grants too. I’m really enjoying it and feel fulfilled in my work while working around my other priorities.

As long as the work gets done, I can do it where and when I need to. Before COVID, that even included working on trains around the UK when I was on an eight-week holiday in Europe. It was fantastic to get paid while I was away, making it so much more affordable.

We didn’t know if it was going to work out so we just said we’d try it. And it worked!

Standard Ledger is an accounting and CFO service dedicated to startups and fast-growing businesses. We help founders and business owners get from go to grow by taking the daily grind – bookkeeping, payroll, tax – off their hands and helping with the bigger things, like financial modelling, CFO support, valuations, capital raising and overseas expansion. Please reach out if you’d like help.

PrevPreviousWhat is a 3-way financial forecast and do I need one?
NextBuilding a financial model for your startupNext 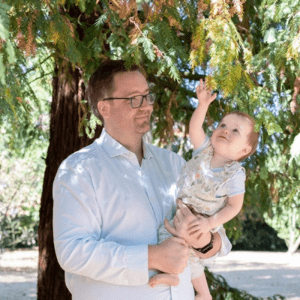 All directors in Australia now need a Director Identification Number or penalties can apply. Find out what you need to know here.

What are the key ATO lodgement dates?

So many ATO lodgement dates, so little time to get your head around them all! We’ve got you covered in this wrap up.