From a prototype at Beef Week to closing a seed funding round, Darren Wolchyn’s founder story is about staying the course.

That’s what he’s done over the last five years, and now he’s getting ready to hit the go button and scale up.

Here’s his story so far, including how he’s used plans A, B and C to get the funding needed to evolve his product and deliver on his vision.

In one sentence, what is Smart Paddock?

A platform for livestock producers to monitor and track the behaviour, health and location of animals in their herd by using smart GPS ear tags.

What problem are you solving?

Firstly, we reduce animal mortality and theft rates. Stray and stolen animals are a big problem in the livestock industry, and so are sick and injured animals. Giving birth is the riskiest time in an animal’s life.

Our etags alert farmers to all these things so they can intervene and make their herds more productive.

We also help farmers understand their herds’ grazing behaviour. The next generation of our product is looking at the reproductive side, such as alerting farmers to when a cow is having a calf.

Overall, we help farmers increase herd productivity, which is better for everyone and the environment.

What was your light bulb moment?

Before Smart Paddock, I was building a platform for golf cart GPS fleet management. I’m an electrical engineer by trade and I grew up on a farm in Canada.

I was back in Canada visiting a friend who has a farm and he asked if I could GPS track his cattle because he was out there 24/7 monitoring his animals during calving season in the snow.

I had a look around and found very little in the red meat industry, so that kicked off my idea.

I got into Telstra’s muru-D program in 2017, just with an idea. That allowed me to build the prototype and attend Beef Week in Australia, which is a very large industry event held every three years. I talked to more than 100 farmers and interest was so high it spurred me on.

The ear tag I’d prototyped wasn’t viable at that time so we built collars, which a lot of researchers use. That gave us the money to build the platform, which we did for a few years while learning the industry.

Then, we built the ear tag, which is going into production now. Our focus is on Australia, where there are large herds of cattle, and we’re also doing overseas ear tag trials.

What stage are you at now?

We’re just completing a seed funding round, which will really help us invest in ear tag production and scale our team and production to really get out there.

We’re ready to hit the go button once the round is closed.

How have we helped?

I met Remco through Skalata Ventures and I’ve gotten a lot of advice from him, including on setting up the company and managing the accounting side and funding sources, including grants.

We began with the basics of BAS and tax and we recently signed up for bookkeeping. We also use the R&D Tax Incentive service, which is a critical source of funding for us because we’re so heavily invested in R&D.

What funding sources have you used so far?

We’re currently completing a seed funding round, targeting institutional investors. Closing a funding round always takes longer than you plan, for various reasons, so you need to have a plan to deal with delays. That’s why we’ve used R&D finance in the past, to bridge the gap while waiting for funding to come through.

What personal sacrifices have you made?

I do work all the time but that’s fine because I actually enjoy it!

Financially, it’s a major hit. I pay myself the bare minimum because I want as much money in the company as possible.

But there are advantages too. You’re building something – actually making something is really rewarding. I owned half a company in Canada before selling and moving to Australia so I wanted to have my own startup again. I really enjoy that world.

Do you have any advice for other founders?

Yeah, you do have to commit. I could’ve bailed multiple times and just got a normal job. If you believe in what you do, you have to stick with it.

Thanks to Darren for taking the time to share his story.

If you’re keen for more, we have stories from other great founders we’re proud to work with like Mandeep Sodhi from Effi and Jeanette Cheah from Hex.

As always, we’re here to chat if you need help with your startup. Just choose a time that works for you.

PrevPreviousOur first Founders and Funders Dinner (and what we talked about)
NextMeet our new CFO for Startups, Thomas WordenNext

All directors in Australia now need a Director Identification Number or penalties can apply. Find out what you need to know here. 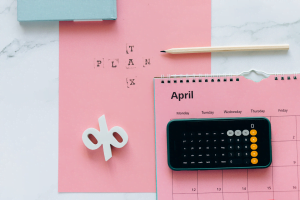 What are the key ATO lodgement dates?

So many ATO lodgement dates, so little time to get your head around them all! We’ve got you covered in this wrap up.